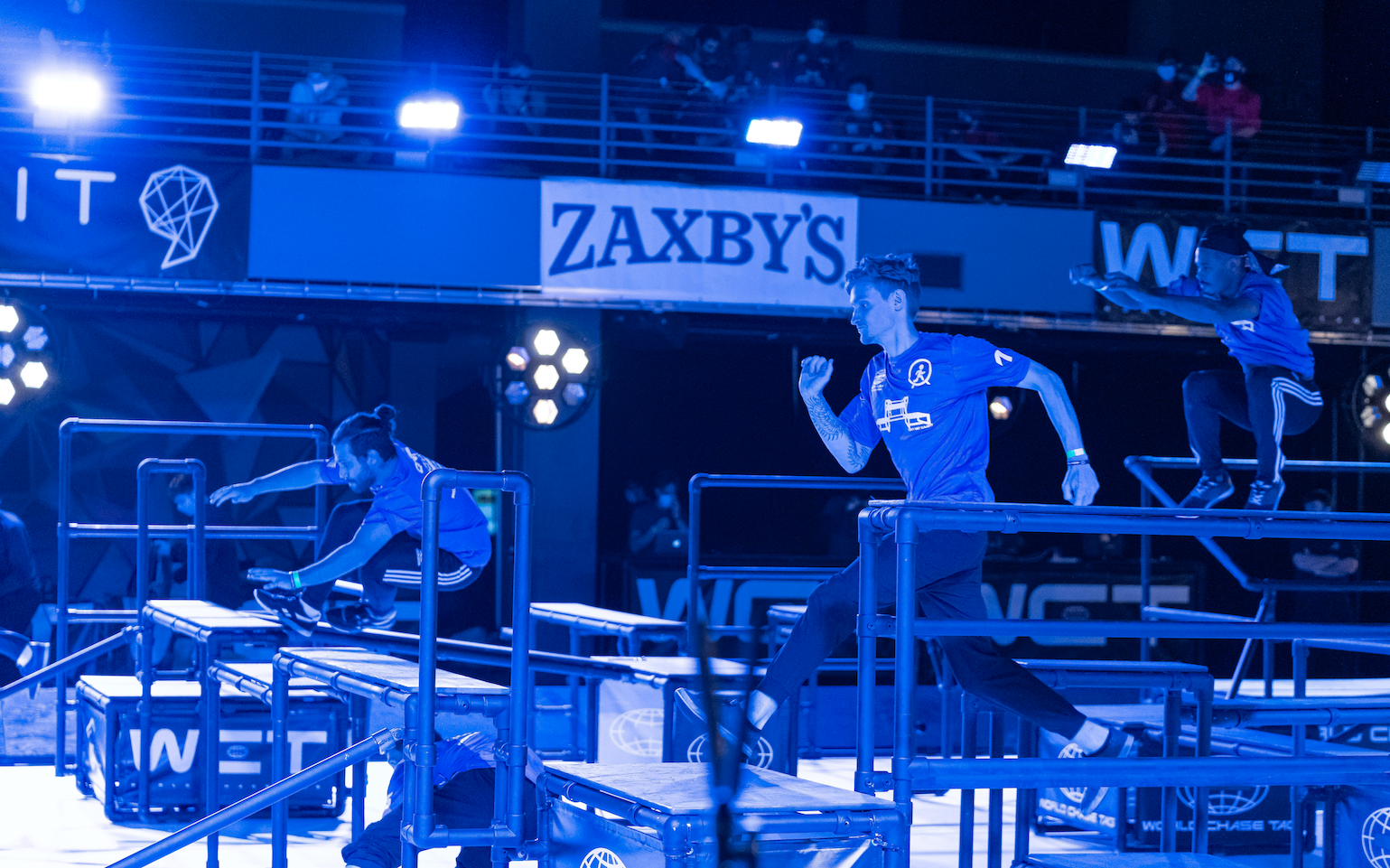 NEW YORK, NY (November 9, 2020) – World Chase Tag USA (WCT) announced a partnership with Zaxby’s to be a sponsor of the 2020U.S. Championship. Zaxby’s will be the Official Clock Sponsor of the WorldChase Tag series. The partnership was secured by Equity Sports Partners, sponsorship sales agency for WCT. The first episode will air November 12th at 11:00 p.m. ET on NBCSN.

The seven-episode season will conclude with the finale on December 23rd. A total of 30 broadcast airings will take place over the seven-week window. The series is hosted by NBC Sports reporter and former Notre Dame wide receiver Corey Robinson. NBCSN will run ten hours of WCT programming onDecember 23rd starting at 3:00 p.m. ET, which will be promoted asWorld Chase Tag Day across the United States.

Gray Television’s Tupelo-Honey is the production company behind the first season, and the first broadcast last December.

The World Chase Tag U.S. Championship was recently held at the Coca-Cola Roxy in Atlanta, Georgia. Over three tons of scaffolding was used to build the 40’ x 40’ arena filled with a maze of obstacles and platforms called the ‘Quad’. A total of 96 of the best parkour athletes in theU.S. participated, with 16 teams comprised of six athletes per team competing in a series of 20-second Chases featuring one Chaser and one Evader.

“Zaxby’s is not only famous for its indescribably good wings, Fingerz and sauces but also for its fun and unique personality,” says Joel Bulger, Zaxby’s Chief Marketing Officer . “The partnership with World Chase Tag aligns perfectly with our brand as it represents a fun, new, and different type of game.”

World Chase Tag (WCT)combines the dynamic athleticism of Parkour with the age-old game of Tag.Invented by brothers Christian and Damien Devaux in the U.K., the competition began in 2016 and has quickly built a cult following around the world, securing millions of online views.

Zaxby’s, the premium fast-casual chicken chain known for its chicken fingers, wings and signature sauces, was founded by childhood friends Zach McLeroy and TonyTownley in 1990. Zaxby's is committed to serving delicious chicken fingers, wings, sandwiches and salads in a fun, offbeat atmosphere where customers are considered friends. Zaxby’s has grown to more than 900 locations in 17 states and is headquartered in Athens, Georgia. For more information, visit zaxbys.com or zaxbysfranchising.com.

In addition, Tupelo creates, develops and produces original programming for national syndication, including live music concerts for Twitter, You Tube, Facebook and other digital platforms. 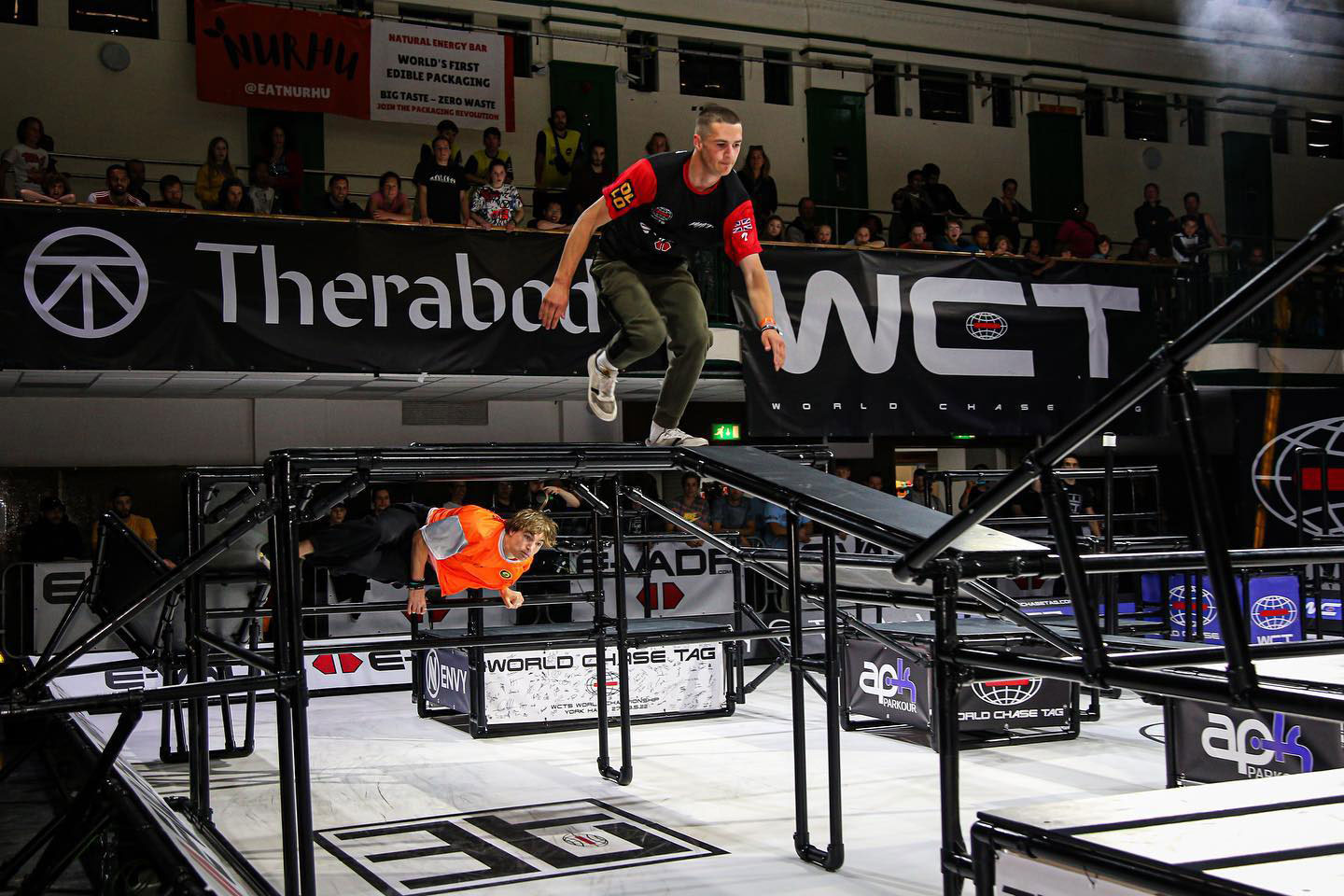 ESPN will be exclusively airing the WCT 5 World Championships 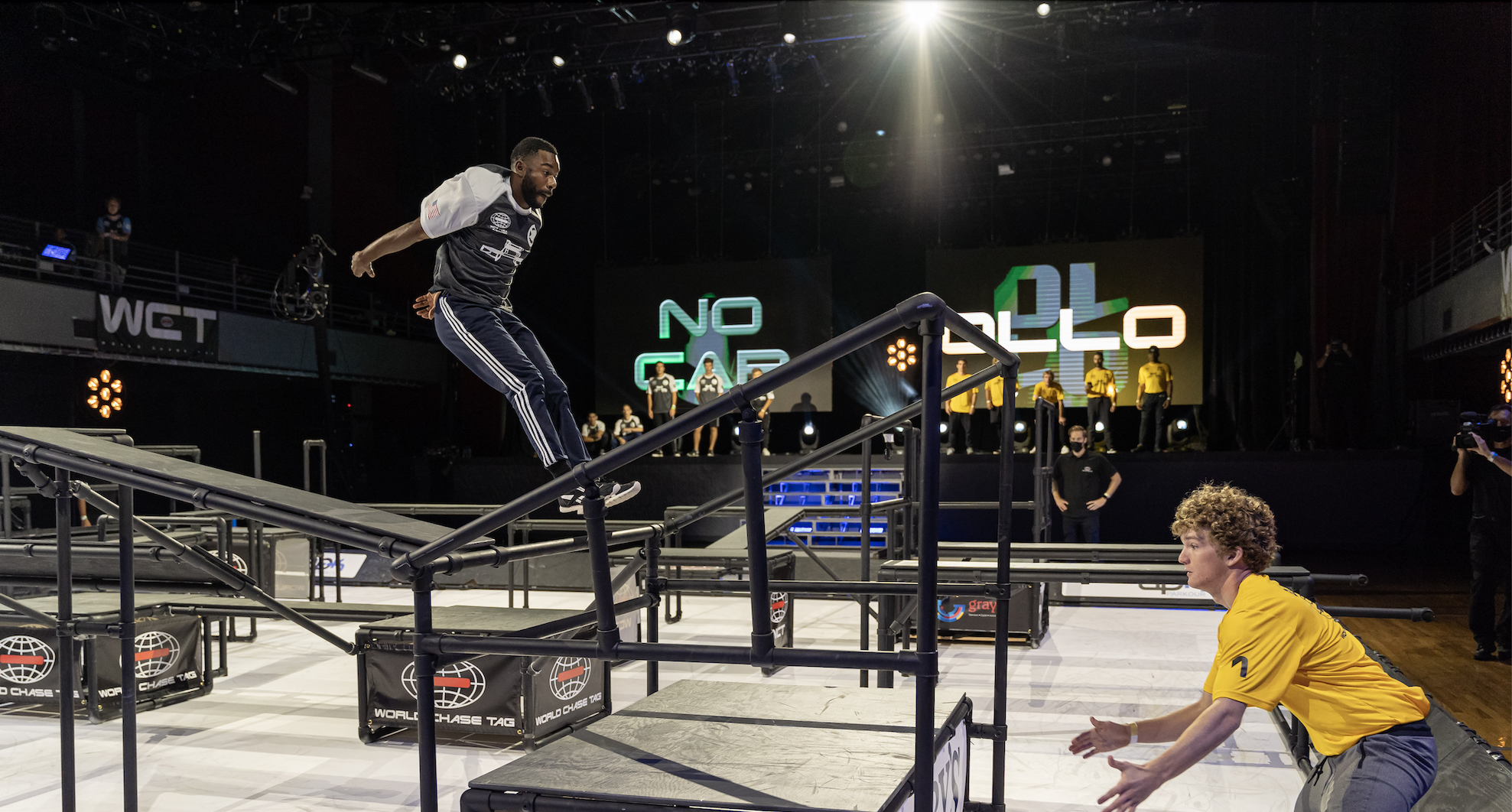